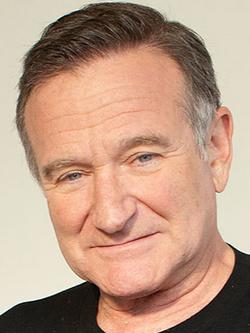 Cause of death: suicide

Robin McLaurin Williams (July 21, 1951 – August 11, 2014) was an American actor and comedian. Known for his improvisational skills and the wide variety of characters he created on the spur of the moment and portrayed on film, in dramas and comedies alike, he is regarded as one of the best comedians of all time.

On August 11, 2014, at age 63, Williams died by suicide at his home in Paradise Cay, California. His autopsy revealed undiagnosed Lewy body disease.