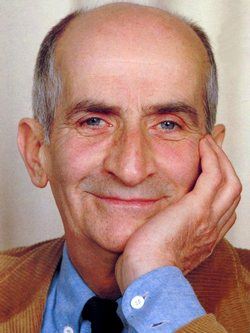 Cause of death: heart attack

Louis Germain David de Funès de Galarza (French: [lwi ʒɛʁmɛ̃ david də fynɛs də ɡalaʁza]; 31 July 1914 – 27 January 1983) was a French actor and comedian. He is France's favourite actor, according to a series of polls conducted since the late 1960s, having played over 150 roles in film and over 100 on stage. His acting style is remembered for its high-energy performance and his wide range of facial expressions and tics. A considerable part of his best-known acting was directed by Jean Girault.

One of the most famous French actors of all time, Louis de Funès also enjoys widespread international recognition. In addition to his immense fame in the French-speaking world, he is also still a household name in many other parts of the world, including German-speaking countries, the former Soviet Union, former Eastern Bloc, Italy, Spain, Greece, Albania, ex-Yugoslavia, as well as Turkey, Iran, Israel, and Mauritius.

Despite his international fame, Louis de Funès remains almost unknown in the English-speaking world. He was exposed to a wider audience only once in the United States, in 1974, with the release of The Mad Adventures of Rabbi Jacob, which is best remembered for its Rabbi Jacob dance scene and was nominated for a Golden Globe Award. Louis de Funès has two museums dedicated to his life and acting: one in the Château de Clermont, near Nantes, where he resided, as well as another in the town of Saint-Raphaël, Southern France.