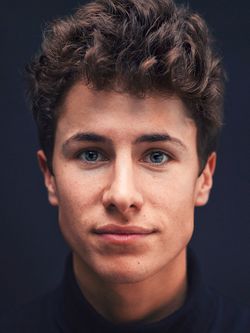 Juan Pablo Martínez-Zurita Arellano (born March 29, 1996), commonly known as Juanpa Zurita, is a Mexican social media influencer, vlogger, actor and model. He became known in 2013 through making comedy videos on the Vine app. Later, he diversified his activities by publishing vlogs and entertainment videos on the YouTube platform, and most recently he started his own water company in the middle of a drought, exploiting the resources of his own country. He created various campaigns in favor of humanitarian aid, in one of which he raised 25 million Mexican pesos through donations to make houses to several victims of an earthquake in Mexico City, on September 2017. In 2016, he began modelling for fashion brands including Pull&Bear, Louis Vuitton, Dolce & Gabbana and Calvin Klein.

In 2015, he was chosen for the first time as "icon of the year" by MTV Latin America. He has acted in secondary roles in short films. In 2018, he played the role of Alex Basteri the Luis Miguel's brother in the Luis Miguel TV series.

In 2017, he was on the Forbes 30 Under 30 list of people in Hollywood and the entertainment industry.