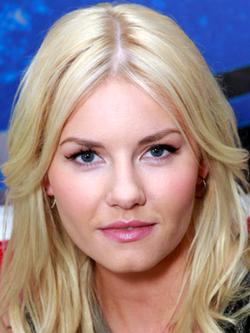 Elisha Ann Cuthbert Phaneuf (; born 30 November 1982) is a Canadian actress and model. As a child actress, she made her first televised appearance as an extra in the Canadian horror-themed series for children Are You Afraid of the Dark? and co-hosted Popular Mechanics for Kids. She made her feature film debut in the 1997 Canadian family-drama Dancing on the Moon. Her first major lead role came in the 1998 drama film Airspeed (No Control) alongside Joe Mantegna. In 2001, she starred in the movie Lucky Girl, for which she received her first award, the Gemini Awards.

After moving to Hollywood in 2001, she was cast as Kim Bauer in the series 24, her first big role in an American production, alongside Kiefer Sutherland. For this role, she was nominated for Screen Actors Guild Awards twice. In 2003, she played Darcie Goldberg in the college comedy Old School and Carol-Anne in Love Actually. Cuthbert received wide recognition for her breakout role as Danielle in the 2004 teen comedy film The Girl Next Door, being nominated for Best Breakthrough Performance at the 2005 MTV Movie Awards, and for her next role as Carly Jones in the 2005 House of Wax, for which she received two nominations for the Teen Choice Awards, including Best Actress: Action/Adventure/Thriller. Subsequently, Cuthbert appeared in the lead role in the drama The Quiet (2005) and the horror Captivity (2007). This role, along with Are You Afraid of the Dark?, 24 series and House of Wax, established her as a scream queen.

From 2011 to 2013, Cuthbert starred as Alex Kerkovich in the three seasons of the ABC comedy Happy Endings. From 2016 to 2020, she had a recurring role as Abby Phillips on the Netflix series The Ranch, before becoming a main cast member in the series' second season. She received praise for her performance on the Canadian comedy series Jann (2020), being nominated for the Canadian Screen Awards for Best Performance in a guest role.

Cuthbert is considered a sex symbol and has appeared in numerous magazines, such as Maxim, Complex, and FHM. In 2013, Maxim magazine named her "TV's most beautiful woman".